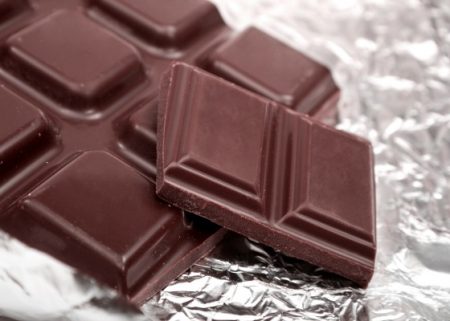 If you need another reason to eat chocolate, here it is.

A new research reviewfound that consuming chocolate may protect human cognition and can counteract different types of cognitive decline.

Italian researchers examined the available literature for the effects of acute and chronic administration of cocoa flavanols on different cognitive domains. They wanted to know what happens to your brain up to a few hours after you eat cocoa flavanols, and what happens when you sustain such a cocoa flavanol enriched diet for a prolonged period of time.

For the meta-analysis, which was published in Frontiers in Nutrition, the researchers looked at the effects of eating chocolate on brain functioning and found that people who ate chocolate showed improvements in working memory and creativity and a boost in cognitive performance overall. And, eating chocolate daily appeared to provide some protection from cognitive decline caused by aging.

Although there aren’t many randomized controlled trials investigating the acute effect of cocoa flavanols (hey, sign me up for one of those studies!), most of them suggest they provide a beneficial effect on cognitive performance. Study participants showed enhancements in working memory performance and improved visual information processing after consuming cocoa flavanols.

And there’s a special benefit for women: Eating cocoa after a night of total sleep deprivation actually counteracted the cognitive impairment (i.e. less accuracy in performing tasks) caused by a sleepless night. While sleep deprivation is dangerous and should be taken seriously, this may offer a bit of hope for people who suffer from chronic sleep problems or work shifts.

The effects depended on the length and mental load of the cognitive tests used to measure the effect of acute cocoa consumption, the study authors noted. For example, in young and healthy adults, a high-demanding cognitive test was required to reveal the subtle, immediate behavioral impact cocoa flavanols have on this particular group.

The effects of relatively long-term ingestion of cocoa flavanols (ranging from 5 days up to 3 months) have generally been investigated in elderly individuals. For them, cognitive performance was improved by a daily intake of cocoa flavanols. Factors such as attention, processing speed, working memory, and verbal fluency were greatly affected. These effects were, however, most pronounced in older adults with a starting memory decline or other mild cognitive impairments.

That was the most unexpected and promising result, according to authors Valentina Socci and Michele Ferrara from the University of L’Aquila in Italy:

“This result suggests the potential of cocoa flavanols to protect cognition in vulnerable populations over time by improving cognitive performance. If you look at the underlying mechanism, the cocoa flavanols have beneficial effects for cardiovascular health and can increase cerebral blood volume in the dentate gyrus of the hippocampus. This structure is particularly affected by aging and therefore the potential source of age-related memory decline in humans.”

While this is great news for chocolate lovers everywhere, the study authors caution against over-consumption:

“Regular intake of cocoa and chocolate could indeed provide beneficial effects on cognitive functioning over time. There are, however, potential side effects of eating cocoa and chocolate. Those are generally linked to the caloric value of chocolate, some inherent chemical compounds of the cocoa plant such as caffeine and theobromine, and a variety of additives we add to chocolate such as sugar or milk.”

“Dark chocolate is a rich source of flavanols. So we always eat some dark chocolate. Every day.”

*When I’m craving chocolate, sometimes I make an easy banana-almond butter-cacao “ice cream” treat. To make this refreshing, nutrient-packed concoction, throw a frozen banana in your blender with a tablespoon or two of natural almond butter, a few tablespoons of almond or coconut milk, and cacao powder or cacao nibs. Sprinkle in some chia seeds if desired for a little crunch.

Nutritional Anarchy is owned and operated by Lisa Egan and may contain advertisements, sponsored content, paid insertions, affiliate links or other forms of monetization.

Nutritional Anarchy abides by word-of-mouth marketing standards. We believe in honesty of relationship, opinion, and identity. The compensation received may influence the advertising content, topics, or posts made in this blog. That content, advertising space, or post will be clearly identified as paid or sponsored content.

Nutritional Anarchy is never directly compensated to provide opinion on products, services, websites, and various other topics. The views and opinions expressed on this website are purely those of the authors. If we claim or appear to be experts on a certain topic or product or service area, we will only endorse products or services that we believe, based on our expertise, are worthy of such endorsement. Any product claim, statistic, quote, or other representation about a product or service should be verified with the manufacturer or provider.

Nutritional Anarchy makes no representations, warranties, or assurances as to the accuracy, currency, or completeness of the content contain on this website or any sites linked to or from this site.

Have you tried CBD for pain, anxiety or depression? 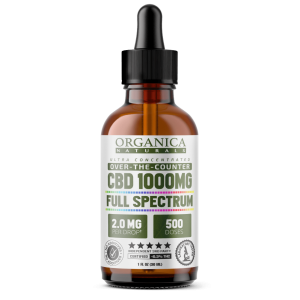